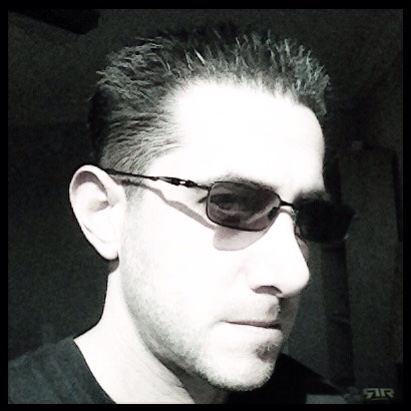 *03/08/2017 :: Just realized this story is out of date and can use a rewrite or major update. No modifications have been made to this post since the previous edit. There is a lot going on behind the scenes, some of which has been mentioned in other posts with the rest in queue to be completed and/or soon released.

*08/21/15 :: This is a fresh work in progress, but should currently be enough to make everything @RussellRope make sense to anyone with a brain:

Russell Rope is an honest intergalactic original genius (OG) creator, innovative entrepreneur, and above all an awesome human being. Born and bred in Los Angeles, California, possibly raised by a pack of alien wolves on a hybrid foundation of both traditional and self-education, Russell grew up an ethical hacker focused on technology, arts, and media. Russell did not have much choice but to become a medical cannabis patient and professional a few years after launching his first media production company at a young age where not taking direction and following rivers came naturally above any influence.

Russell was very successful at business back in the day; practically ran his high school, surrounding regions, and a major university before gaining both unwanted attention and haters. Always minding his own business, Russell continues moving forward, evolving, and rising above both resistance and negativity that come with the territory. Admittedly a bit of a cyber punk and trippy hippy who did not cause problems or get into any serious trouble while growing up, not much has changed except for experience; specifically with misdirected authorities and haters abusing power and trying to control him not only long after any statutes of limitations expired on both ethical hacking and the early grey area of Prop. 215, but also following an independent decision to become the equivalent of a law abiding monk who parties like a ninja fresh as hell with the feds watching. Unfortunately, neither living in hell nor walking the line of limbo are that cool; simultaneously, interposing people that are not part of the solution need to dealt with just as do all problems before they get worse.

Renowned as the creator @ RR Productions and WeedConnection.com, most of Russell’s legitimate and hard work for the past ten years has been criminally sabotaged. His constitutional rights have been violated and worse than neglected by corrupt law enforcement. Haters have turned an innocent Russell into a prisoner of more than the drug war for no reason other than their own ignorance and greed. Russell is currently facing two ridiculous felony charges as a result of attempted entrapment based on a completely fabricated police report. The public defender called the charges “wobblers” in a statement about worst case scenario not including jail time, but the written law disagrees; however, there is exonerating evidence soon to be released on this blog and Russell is not guilty. This is the second instance in a year of corrupt law enforcement both making false arrests and attempting to make evidence disappear. With an evolving history of popo harassment and neglect, which has been reported to higher authorities only to be mostly ignored, Russell can confidently state that law enforcement is definitely conspiring with the haters. This completely unjustified, totally illegal ludicrousness can easily be proven based on repetitive patterns logged with clear and convincing facts and evidence.

Enter the Real Revolution; a revolt against archaic and power abusing authority in the age of modernity. Fully conscious of his clairvoyance and partially able to predict the future, Russell has been logging everything with photos, screen shots, videos, audio recordings and text since the haters started hating; all backed up in multiple physical and online locations. Justice has been obstructed where Russell has been assaulted, stalked, threatened, basically terrorized, and worst of all both irreparably and maliciously hacked (if that is what you call getting caught spying and abusing power these days) on almost every level below the tight Rope with full knowledge, proof, and no assistance from any government agency, but that has not stopped him from living his life, conducting business, or in taking on the giants in federal court without an attorney. Several weapons of mass ego deflation have been engineered for the purpose of ending the war including: The Book Bomb (several books and logs with evidence), the Legal Trill OG (three federal cases filed iN Pro Per at district court DTLA), and the Fresh Fundraising Campaign detailed in the linked case study.

Sabotage has both stolen from and deemed a more than qualified Russell Rope unable to acquire funding in the past, or fair employment both past and present, so it appears as if there is no option but to be all in on show me the money please.

For the record, the first crowd fund attempt using a widget on the RRP Blog did not work, and the screen watching spies abusing power at Crapple and Falsebook have already started to sabotage this work with more and as recent as of yesterday interference with the like buttons and social web stats. There is significant reason to suspect the new campaign might encounter resistance, so a hopeful Russell Rope has decided to turn it into a competition and public case study to see which crowd funding site provides the best service. Not to undermine prospective value of crowd funding, but our real goal is to obtain equity capital for the main business plan; that said, everything helps. Beginning with the case study, please review the linked documents for much more information, and then doing what you can to support will be appreciated. Remember to follow and subscribe for Real Revolution updates and Legal Trill OG related revelations. Thanks!