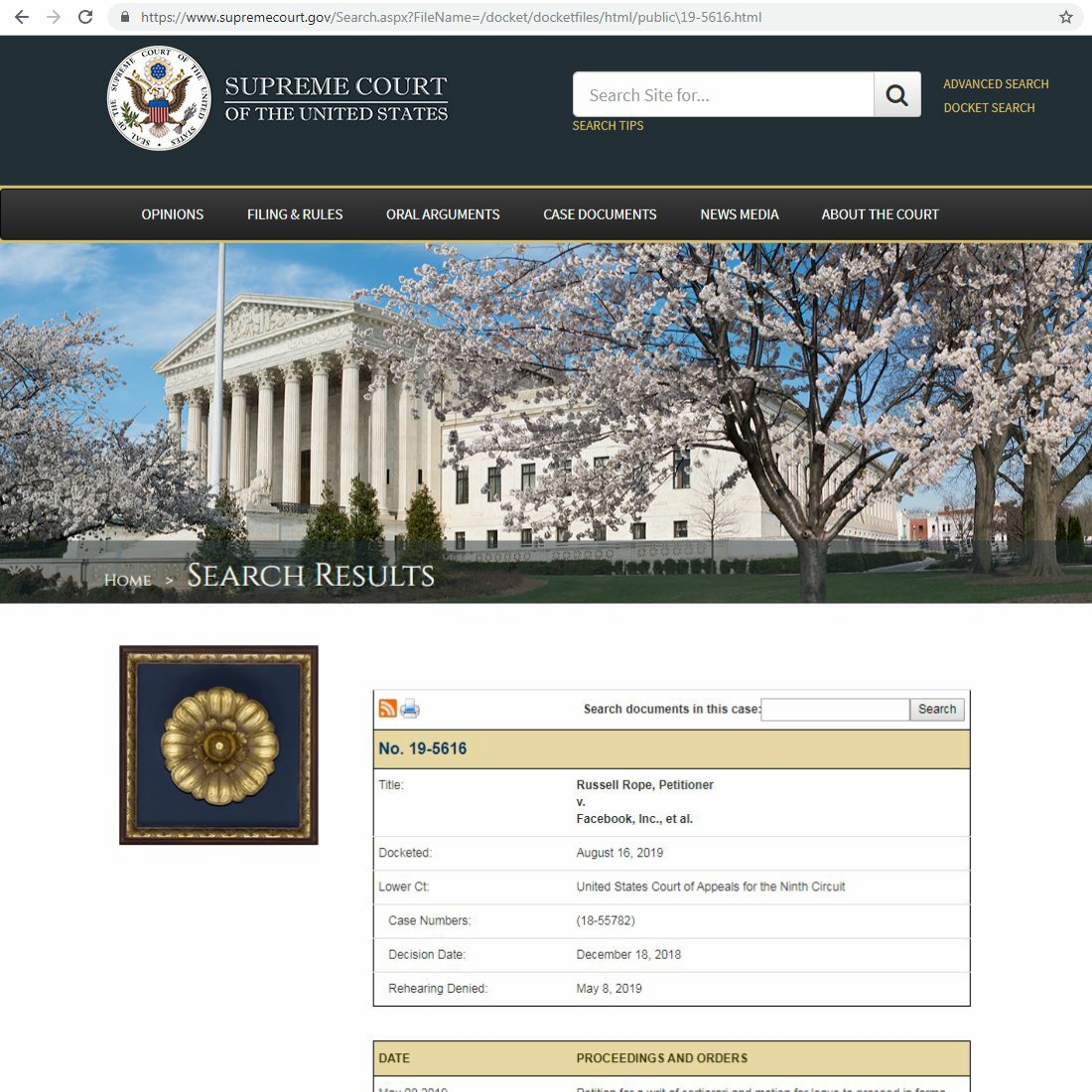 So this incompetent criminal / case analyst @ SCOTUS who should be helping me but has been obstructing my case since day one finally responded to several of my polite calls and emails asking for the status of my most recent and labeled "emergency" filings: Petition for Rehearing of Petition for Extraordinary Writ, two Applications to separate Justices, and five Motions. They were supposed to be docketed and delivered to Justices weeks ago after filing by mail under the same procedures as were previously accepted and docketed in regards to the Petition, and without room for BS in the updated Motions and Applications the were previously obstructed. I had ended the last email with a respectful "WTF" regarding delay of the emergency situation and neglected communications. His very delayed response, which had nothing to do with his job or answering my questions and everything to do with intended harassment, was "Thanks WTF? Does he mean why the face? Wednesday, Thursday, Friday?"

The unprofessional and disrespectful treatment, from the analyst fraud on the other end who literally throws tantrums and hangs up the phone when he is clearly wrong and not getting his way, is worth taking criminal legal action as necessary and for conspiracy to all causes of action giving rise to reason for bringing back this entire case in a new one.

Why the face of my own company? Wednesday, Thursday, Friday; all days I did not play into the failed plans they have been stalling for? Why the face like why am I angry this dipshit is violating my rights and also considering putting him in prison? I suspect he came up with another lie, sent everything back to my recently and probably by conspiracy disconnected mailing address, or if he/they is/are holding onto their next move and still deciding on a course of action, which they have the ability to; also not to late to undo and correct errors in judgment.

This analyst is interfering with and making decisions that no one other than a justice has the right to rule on, which is literally obstruction of justice, and also coming from the same guy who was trying to fish for witnesses to a fabricated crime aka entrapment false justification "did anyone perceive a threat" to his guilty conscience when I copied him on several emails including to the SCOTUS Police for purpose of making sure people knew my case, and at the time first Petition for Extraordinary Writ, were even filed and that this guy is totally corrupt. This is time sensitive stuff, and my life is on the line, I certainly filed on time, incredibly early and fine tuned; case analyst is not returning my communications questioning the status of filing and my notice of address change. He had communicated on those issues prior and this is an indication of intent to further obstruct. My PC response to his WTF = Why The Face email prior to most recent voicemail about the mail etc:

How many other have been violated by these shenanigans? This must stop! I have had plenty of time to think about filing Criminal (arrest warrant attached) over Civil RICO Conspiracy to Obstruct Justice in a next case if I do not win @ SCOTUS .... Emails also sent to confirmed address for The Clerk.