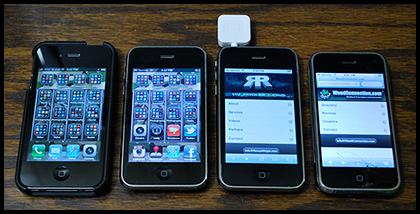 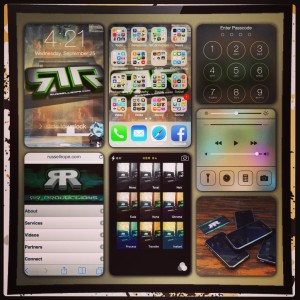 It took a few hours for the eyes to adjust to the dramatic changes, but this is actually the best update since version one of the smartest phone @RussellRope

Pushing the hardware & software to the limit. Can do much more with the video & etc.

Still deciding how much information to share… Plz use RRP Services @ info@russellrope.com Thnx!

Finally finished reading the biography of Steve Jobs by Walter Isaacson; cover to cover. This book is long and took some time to work through, but its information has already proved to be valuable in conducting business at RRP. Steve Jobs and company created and innovated at the intersection of arts and science, and in doing so changed the world. Jobs got it right and credited his success more to brutal honesty than to reality distortion. Might update this post later, but for now, Jobs would agree to keep moving forward.

A tip for Mac users: If you have certain applications, which you regularly use and have to load up every time you boot your comp, or if there are programs that you don’t want to load when you boot up: Click on Apple Icon top left corner > System Preferences > Users & Groups > Login Items.

Google Chrome has similar settings for loading multiple homepages on startup: Click on Chrome next to Apple Icon > Preferences > On Startup > Use Current Pages. Now they need to make it so we can have it load multiple tabs in multiple windows. It’s great how most of the apps remember their window sizes and locations.

Now running the Twitter desktop app. This thing is a beast, which allows following of our tweeps in the corner of secondary monitor, in a live news-ticker style, while being logged into all of our Twitter accounts simulatneousteez.

Just upgraded OS to Lion & reconfigured a bunch of ish. Really like the way you can push content around and the new swipe feature. Playing with some mobile application development amongst other projects. Had to upgrade in order to download XCode 421. Check out the mobile sites we are working on for: 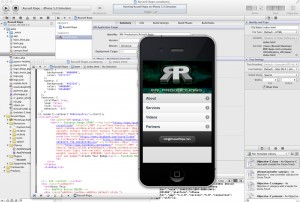 Steve Jobs is one of the few people I considered asking to be a mentor. Unfortunately I came up with the idea too late and never had the opportunity to meet him. Bong RIP Steve Jobs. You’re a True OG in my iBook. Thanks for the technology.

“Here’s to the crazy ones, the misfits, the rebels, the troublemakers, the round pegs in the square holes… the ones who see things differently — they’re not fond of rules… You can quote them, disagree with them, glorify or vilify them, but the only thing you can’t do is ignore them because they change things… they push the human race forward, and while some may see them as the crazy ones, we see genius, because the ones who are crazy enough to think that they can change the world, are the ones who do.”

“Your time is limited, so don’t waste it living someone else’s life. Don’t be trapped by dogma – which is living with the results of other people’s thinking. Don’t let the noise of other’s opinions drown out your own inner voice. And most important, have the courage to follow your heart and intuition. They somehow already know what you truly want to become. Everything else is secondary.”